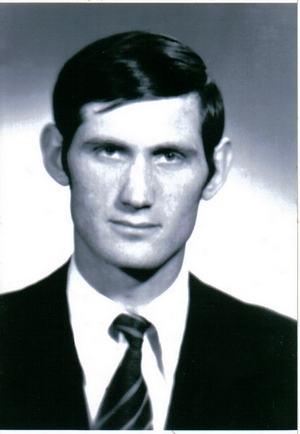 Born on the 9th of April, 1949 in Tatarusi, Iasi County, Toader Prisacaru was the eighth of nine children of Ion Prisacaru, a forest ranger, and his wife Florea. His parents’ lack of material resources, caused, in part by the socio-political changes of the time, did not succeed in diminishing his wish for higher education.

In those days, most children remained on the family farm after completing 7th or 8th grade. Feghea, as he was known to friends and family, did not content himself only with middle school; motivated by the vision of career and professional formation, he left home for Suceava, where he enrolled in the Professional School of Chemistry to become an electrician. After graduation, he was hired by Plastic Materials Enterprise of Iasi, where he continued to work for 25 years, becoming in time the Chief of Financial Services.

Being an electrician was not enough for him, however, and in 1969 he also began attending the Emil Racovita High School in Iasi, graduating in 1973. The fact that he already had started a family and had 3 children by now, was not an impediment to his studies. Thus, in 1987, when his son was beginning 1st grade, Feghea also began his first year of Economics at the University of Iasi. It shows admirable perseverance when, with a good job, stable income and wonderful family, he continued in his sincere search to better himself through higher education.

A true person of character, Feghea was always supportive of his friends and family. Ennobled by a rare altruistic spirit, he never ceased to offer his help to those around him, making everything he had available to them. Today, his children will fondly remember the many late night talks with their father, on a myriad of topics: history, geography, biology, literature…fields he loved and in which he had precious knowledge. His nephews will recall the many mathematics tutorials their uncle caringly provided for them. His friends will always treasure the help that Feghea always offered without ever expecting anything in return. In other words, his heart and home were always open to those that were close to him, and not only.

An extremely jovial person, nothing seemed too hard for Feghea. No situation, no matter how difficult, ever seemed to chip away at his force to keep on going and always maintaining a sense of humor. Only a quick and unexpected illness took him so much by surprise that he did not have time to reply with a joke. He died much too early at 53 years old, leaving an emptiness in the hearts of all those who loved him that only his memory can fill.

We are sure that if he were still among us, he would have been a great support and would have been deeply involved in the work of our Foundation. He would have probably been deeply happy for the chance we are offering Mariana Nastasia supporting her educational endeavors through this scholarship that bears his name. 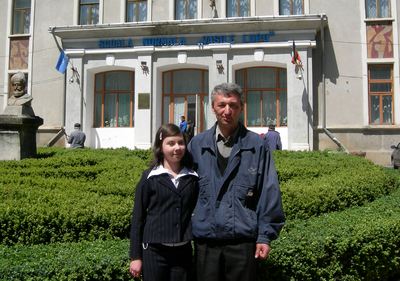 Admitted to the ‘Center for Excellence’ within the ‘Emil Racovita’ High School with 87 points out of 100.

We use cookies on our website to give you the most relevant experience by remembering your preferences and repeat visits. By clicking “Accept All”, you consent to the use of ALL the cookies. However, you may visit "Cookie Settings" to provide a controlled consent.
Cookie SettingsAccept All
Manage consent

This website uses cookies to improve your experience while you navigate through the website. Out of these, the cookies that are categorized as necessary are stored on your browser as they are essential for the working of basic functionalities of the website. We also use third-party cookies that help us analyze and understand how you use this website. These cookies will be stored in your browser only with your consent. You also have the option to opt-out of these cookies. But opting out of some of these cookies may affect your browsing experience.
Necessary Always Enabled
Necessary cookies are absolutely essential for the website to function properly. These cookies ensure basic functionalities and security features of the website, anonymously.
Functional
Functional cookies help to perform certain functionalities like sharing the content of the website on social media platforms, collect feedbacks, and other third-party features.
Performance
Performance cookies are used to understand and analyze the key performance indexes of the website which helps in delivering a better user experience for the visitors.
Analytics
Analytical cookies are used to understand how visitors interact with the website. These cookies help provide information on metrics the number of visitors, bounce rate, traffic source, etc.
Advertisement
Advertisement cookies are used to provide visitors with relevant ads and marketing campaigns. These cookies track visitors across websites and collect information to provide customized ads.
Others
Other uncategorized cookies are those that are being analyzed and have not been classified into a category as yet.
SAVE & ACCEPT
Powered by